FURTHER COMMENTS TO THIS BLOG ARE NOW CLOSED. THIS IS TO ENABLE DR RUSSELL REID TO MOVE ON AND LEAVE THIS PERIOD OF LIFE BEHIND HIM.

MEANWHILE, HE IS HAVING A WONDERFUL RETIREMENT, AND HAS HAD A GREAT CAREER WORKING WITH YOU ALL. ALL THESE COMMENTS HAVE MEANT SO MUCH TO HIM.


Dr. Russell Reid, who had long been a world renowned psychiatrist for transsexual people, experienced a several week trial by the General Medical Council during October 2006.

The message from the wider trans trans community was simple and there for all to see. In the eyes of many countless patients, he still holds the title as a world renowned psychiatrist whose warmth and compassion for real patient centred care of his patients, cannot be brow beaten by the clear jealous intent of professionals who have no other power than to simply follow the leader of the pack.

The Message is clear! Thanks for saving lives, Dr Reid..!!

Regardless of the GMC findings, the testimonies of hundreds, if not thousands of happy and satisfied transsexual people treated by Dr Reid is no feat to be beaten when compared to the testimonies of 5 unhappy people and Charing Cross Psychiatrists.

What if this were an orbituary..!!

There could only be one truly respected professional. The words of support say it all.

There are few places for the trans community and their allies to leave their messages of support and respect to Dr Russell Reid, and, there's never been more of a need for a place on the web for the GMC panel and Reid's opponents to see the evidence that he has saved the lives of many trans people, treated them with respect and left them with the dignity they deserve.

Having experienced his treatment, many trans people know all too well his methods to be humane, responsible and the best care possible.

What does 'Uncle' Russell say?

Dr. Reid says that he "will read messages whether good or bad", and adds that he "may not be able to respond, and if he "knows where to reply, such as via email," then he will! He also said that he was "grateful for the support given."

He says that all these messages has restored his faith in humanity. He keeps a folder of all comments posted, and from time to time, he reads them and this raises his spirits. The messages and positive feedback have meant so much. 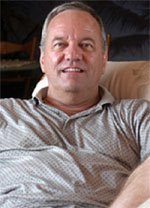 Endearing and relaxed, and according to thousands of his happy patients, having warmth, compassion and a strong bias for a patient centred approach.